Rick Duncan is a positive and participative role model who has a 44 year history with Surf Lifesaving where he has achieved personal success as an athlete, coach and club director.

For the past 14 years Rick Duncan has been consistently writing and coordinating daily training programs for surf sports athletes and delivering specialized coaching and training clinics around Australia and internationally.

He has been endorsed by Surf Lifesaving Australia Chair of Surf Sport Dick Bignold, and immediate past SLSA Coaching Advisor Peter Kirkwood for his world class training programs and his significant contributions towards athlete management and performance in competition.

His network includes coaches and athletes from Australia, Great Britain, Ireland,
New Zealand and Singapore where his weekly training programs for high performance open and youth athletes are highly regarded as well as his expertise on specialized biomechanical skills training and session plans required for development and competitive surf sports athletes.

Rick’s commitment to his athletes is evident from those who have been coached by him. Their trust is reflected in their disciplined approach to training; their pride to excel in their sport and the confidence to aspire and achieve their dreams of excellence through opportunity, determination and results. 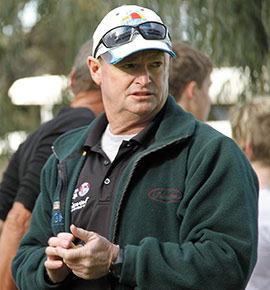